THIS EVENT HAS BEEN CANCELED. Please visit www.familyactionnetwork.net for information about FAN events. 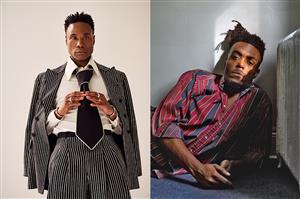 “Unprotected: An Evening with Billy Porter,” will be held on Thursday, October 21, beginning at 7:00pm via Zoom. The event is free and open to the public, suitable for ages 12 and up. Registration is required.

It’s easy to be yourself when who and what you are is in vogue. But growing up Black and gay in America has never been easy. Before Billy Porter was slaying red carpets and giving an iconic Emmy-winning performance in the celebrated TV show Pose; before he was the groundbreaking Tony and Grammy Award-winning star of Broadway’s Kinky Boots; and before he was an acclaimed recording artist, actor, playwright, and director, Porter was a young boy in Pittsburgh who was seen as different, who didn’t fit in. At five years old, Porter was sent to therapy to “fix” his effeminacy. He was endlessly bullied at school, sexually abused by his stepfather, and criticized at his church. Porter came of age in a world where simply being himself was a constant struggle.

Porter is the first openly gay Black man to be nominated and win an Emmy Award in any lead acting category. As a director, among other shows, Porter helmed the revival of Suzan-Lori Parks’ Topdog/Underdog at Boston’s Huntington Theatre, where he was awarded the Elliot Norton Award for Best Director.

Porter will be in conversation with Jamal Jordan, a multimedia artist and occasional professor whose first book, Queer Love in Color, was just released. He has worked with VICE news, NBC News, and The New York Times.

The event will be recorded and available later on FAN’s website and YouTube channel. For more information, visit www.familyactionnetwork.net.